How does it feel to fail a thousand times? 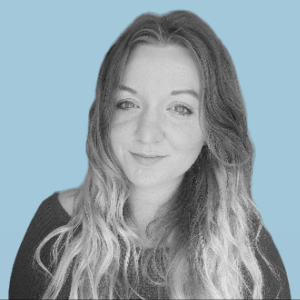 I was having a discussion with one of my colleagues about fear, how it affects us and how much of a discussion it was during our innovation program experience. If you had given us a pound for every time we said we were scared during our time working together, we’d probably have had enough to fund our own idea! However even with that fear, we did finally make it through the Shark Tank/Dragon’s Den in Dallas to the C-Suite in one piece with a great idea.

Fear is something everyone one will suffer with at some point in their life. However, I am a firm believer in not letting that fear stop you from making the most of every opportunity, in fact I often find it can be a driver!

In work, you will often see two types of fear; a fear of failure or a fear of success, neither of which is conducive to a healthy work place.

Fear of failure and success is instilled in us from a young age. School is a great way to put the fear of both in you. I know from my parents that education was always important to them. I knew they would be disappointed if I went through the entire education system without the fear that I might spend the rest of my life working in McDonalds flipping burgers. This meant that throughout my youth I had a continual (and often irrational) fear of failure. I spent all my time worrying about getting the perfect grades and how others would be disappointed if I failed.

Equally, being a straight A student wasn’t particularly appealing either, as you risked being bullied for being the school boffin. So, on one hand I had my teachers and parents telling me if I failed my life was over and on the other, I had my peers telling me if I was successful, my social life would be over.

I doubt I am the only one who felt they were in that situation and I feel many of us would have been in the same situation growing up. Seeds of fear in both success and failure are there in all of us.

So at this point I would just like to ask, what is so wrong with flipping burgers??

Maybe in UK culture having a degree and some high powered office job is seen as the only way to succeed. But I can tell you there are many people in the world that could probably think of nothing better than to have a steady well paid job such as burger flipping. What is considered a failure and success will vary from person to person and culture to culture.

A great example is Thomas Edison.

He was once asked in an interview ‘how does it feel to fail a thousand times?’ To which he replied, ‘I have not failed. I have just found 10,000 ways that won’t work.’

What one person may see as failure another may see as a great opportunity.

To finally make my point, I think fear comes from not meeting others expectations rather than anything else. In my story above, both fears were due to meeting the expectation of others rather than my own expectation for my life.

So when you are thinking of a potentially great solution to implement, but are too afraid to suggest it or even when considering your own goals this month, take time to consider why it is you’re afraid. Because it will likely be that you’re trying to meet someone else’s expectation of what is considered a failure or a success.

Don’t try to meet the expectations of others. By all means get advice from others, in fact I encourage that, but make sure your choice and aims are your own.

That way when the fear grips you (and it will) your motivation and ability to push through it will be greater, as the only person you risk disappointing is you.

Do you want some support in finding strategies to help you utilise fear or support in making sure your decisions are you own?

Book in a free call with me and let me see how I can support you.

Understanding imposter syndrome, questions to ask yourself to see if you struggle and a system for support

In last week’s blog, we spoke about having time to